The overview of this article is basically to present to visitors that one can easily hold 2 UK passports concurrently, allowing them travel simultaneously going forward. It is really important to understand what the benefits are, mainly after understanding the main reasons why you would need one, including travelling to conflicting countries, high frequency travel, or working between locations.

Anyone can hold an concurrent UK passport if it is justified for business needs. Our requirements as per our webpage: gives you the full requirements, and how to go about getting the concurrent Passport.

Once you have read the information below, and also our requirements, if you wish to get more information, please email or call us.

With businesses increasingly looking at building global enterprises and conquering new markets, employees travelling to various countries has become the need of the hour. The improving economy worldwide has further allowed companies to set substantially large travel budgets for their employees as well.

Rise of Business Travellers in the UK

With business travel spend rising by 30% to £5.82 billion in 2016, UK travellers have established themselves as true and frequent business travellers. The significant increase in the number of application for a second UK passport only gives testament to this fact. 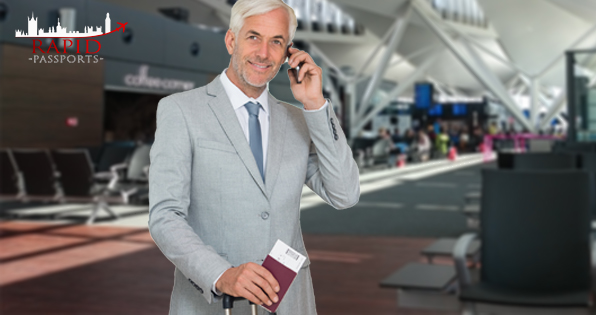 Eurostar, the high-speed railway service connecting London with Brussels, Avignon, Lille, Lyon, Marseille and Paris, accepted having benefitted from the rise in the number in UK business travellers, a figure that witnessed a 9% increase in the first quarter of 2017, as compared to the previous year. This, in turn, led to a rise in the railway service’s sales revenue by 15% to £232 million during the same period, according to Buying Business Travel, a leading publication in the UK for buyers and arrangers of travel and meetings.

Brits who frequently travel for work are arming themselves with not just one but two UK passports, also known as “concurrent passports” at the same time. However, they are not opting for a second passport by choice.

What is a Second UK Passport?

Those travelling frequently for work to different destinations across the globe are required to apply for multiple visas. In most situations, to get a new visa issued in an embassy, the passport is submitted and held for some period of time. This ends up obstructing or delaying their travel to other countries in the meantime.

In other situations, UK-based professionals need to travel to “incompatible countries” that conflict with one another. Seeing one’s stamp on the passport, the other refuses to issue or delays the visa for the traveller. Here again, a second UK passport can be a saviour.

To spare one of any hassles, it is best to contact a specialised passport agency that is authorised to submit such applications on behalf of the applicant to Her Majesty’s Passport Office, without the need to book any appointments. What’s more, the British passport will be delivered within a week, helping the UK-based business traveller keep up with their travel plans.